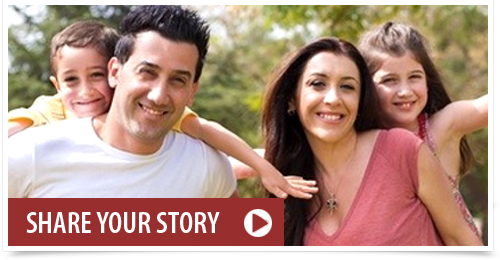 An estimated 500,000 Canadians are living with psoriasis across our nation. Although there are many forms of psoriasis, plaque psoriasis represents an overwhelming 90% of these cases. To individuals who do not have this disease, plaque psoriasis is no more than skin changes characterized by raised, red patches with a silvery white build-up of dead skin seen on ones scalp, knees, elbows and lower back.

To those with the disease, plaque psoriasis is more than what meets the eye; it is often a physically incapacitating and socially isolated illness. In recent years the development of a new crop of drugs have changed the lives of many people around the world due to their unprecedented ability to improve symptoms of plaque psoriasis. Specifically, these therapies have targeted interlukin-17 (IL-17), a naturally occurring protein found in the skin of healthy individuals, but its over activation is believed to play a role in driving the altered skin appearance of psoriasis patients. Taltz (ixekizumab) is the newest therapy on the market (Health Canada approved June 2016) that inhibits IL-17A, offering individuals with an additional option for treating their plaque psoriasis. Clinical trials that led to the Health Canada approval of Taltz demonstrated that this new treatment is both safe and provides significant improvement in skin lesions. As such, Taltz has made its way into dermatology clinics across Canada as the leader in psoriatic therapy. Despite such promising results, we currently do not understand how effective and safe this treatment is in real-world clinical practice. Results of clinical trials are often brought into question, as patients included in these studies are commonly healthier with fewer illnesses than the general public. To improve both physicians and patients understanding of the safety and efficacy of Taltz, a research team from University of Toronto have set out to investigate the health outcomes of patients with plaque psoriasis who are treated with Taltz. These results will ultimately guide how physicians across Canada prescribe and monitor this newly available treatment options.

Psoriasis is a chronic disease which results in itchy and scaly patches on the skin. The disease is widespread and affects more than 125 million people worldwide. Unfortunately, the cause of psoriasis is unknown and no cure exists. As such, current therapies focus on management of the disease. Many patients present with different forms of psoriasis and the underlying mechanism causing the disease may vary slightly from person-to-person. A myriad of genetic and environmental factors contribute to the severity of the psoriasis presenting in each individual patient. Thus, not all treatment options work the same way for the millions of patients with psoriasis. Recently, a new drug called Apremilast was approved for the treatment of moderate-to-severe psoriasis. It is the only currently available drug which treats psoriasis by inhibiting an inflammatory enzyme called phosphodiesterase 4 and thus offers a unique solution for patients who have exhausted other treatment options. Clinical trials of the drug show stable efficacy and safety profiles, but there is little data examining the long-term use of the drug in real-world practice. Therefore, our study aims to measure the survival (time before discontinuation of the drug) and reasons for discontinuation of Apremilast in the treatment of moderate-to-severe plaque psoriasis in the real- world setting in two academic clinics at the University of Toronto by collecting data from over 250 patients taking the drug. This project has the exciting potential of cementing Apremilast as a new, stable drug that can be used to treat thousands of patients with psoriasis and may change the landscape of current treatment options for psoriasis patients around the world.

Patients with psoriatic arthritis (PsA) develop itchy scaling skin plaques and inflammation of joints and tendons. PsA can lead to numerous complications. In this study, we are interested in revealing the risk of orthopedic complications, namely joint replacement surgery – a highly burdensome functional complication to the patient with large healthcare costs. In the rheumatoid arthritis literature, joint replacement surgery has previously been utilized as a surrogate to identify the risk of severe joint damage, but also as a proxy for the effectiveness for modern therapy, with the thought that orthopedic outcomes should be reduced with effective therapy. To date, similar research has never been performed for PsA.

Psoriasis is a common immune-mediated skin condition found in 3% of individuals. Almost a third of individuals with psoriasis go on to develop psoriatic arthritis (PsA), a chronic inflammation of assorted joints throughout the body. The severity of the disease varies but is often associated with disability, decreased quality of life, and increased mortality risk. Increasing amount of data has been accumulated regarding the increased risk of other conditions such as ischemic heart disease, stroke, depression, and metabolic syndrome, in both psoriasis and PsA.

cohort and compare these rates to the general population. In the last decades, the treatment for psoriasis and PsA has changed dramatically with the advent of biologic agents. This study will provide more information on whether the biologic treatments reduce the mortality rates compared with treatment with classic DMARDs. Additional goals of the study include determining cause specific mortality rates as well as identifying the predictors of mortality rates for each specific mortality cause. These results will allow clinicians to make appropriate treatment decisions as well as better outline the benefits and risks of medications prescribed to their patients.